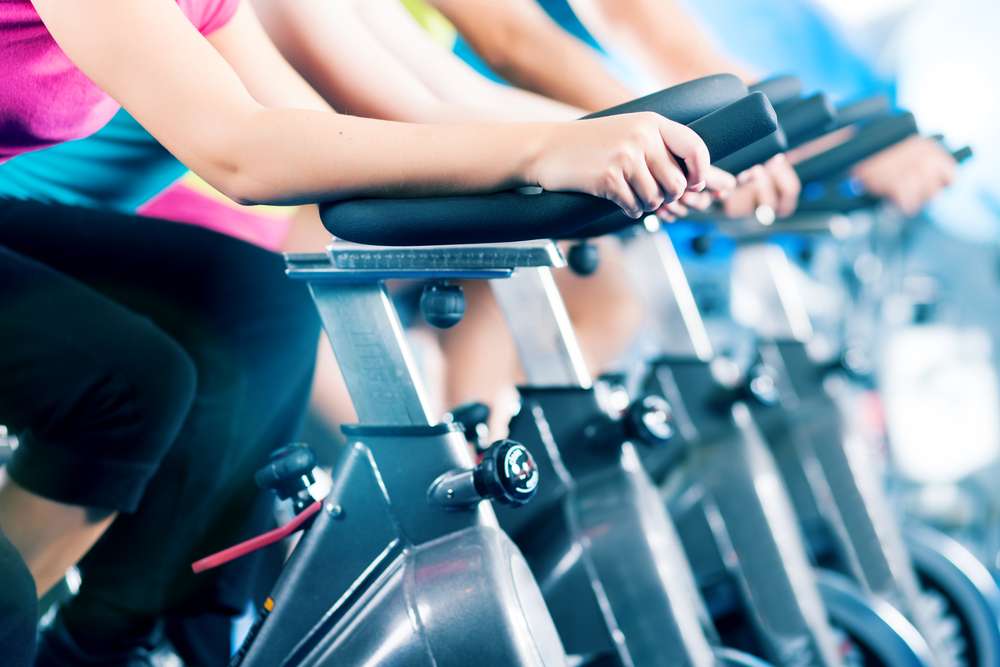 18 Sep What Happens On the Bike…

Posted at 09:19h in All Bodies Fit, Blog by Jennifer

What Happens On the Bike…

About three years ago, my good friend Jaime invited me to go to spin class with her. She would come over every Sunday and literally stand above my bed and ask me if I was ready. I was a mom with two very young kids, a professional career, and a husband who worked all of the time. Was I ready? Of course not! But all I had to do was throw on leggings, a tank top and sunglasses to cover the mascara smudges around my eyes from the day before! The spin studio was rather dark inside so no one would see that I hadn’t used my make-up remover. Well, what happened on that bike was more than I ever hoped might happen! Thank you, Jaime, for dragging me out of bed! Thank you, Robert, for watching the kids! And thank you, Janet, for reminding me of my own possibilities.

Once I got to class that first morning, I never looked back. Now please realize…I’m not talking about spinning right now, but rather about having the time to dream again, to set goals again, and to just feel the remarkable joy of moving in my own body. I had been in a motorcycle accident in 1996; since that time, I’d never been able to ski, run, or even wear my stilettos without severe consequences and/or extreme pain. But cycling was easier on my leg…and it gave me back “my edge.” It provided me with the opportunity—as Janet, the spin instructor advised—to set an intention on the bike for when you were literally off the bike. She didn’t talk about calories (well, maybe sometimes); instead she spoke of envisioning something you wanted to achieve and riding for that purpose. I took her every word seriously. And while on that bike, I decided that I was going to pursue my dream of writing a book.

Week after week, I went to my church (“Soul Cycle”), as Janet would say—to envision my book and sometimes to ride for a friend or family member in need of positive energy. But I have to admit that it was in Janet’s class every Sunday morning that I reminded myself that I really could do this.

I soon learned that writing a book and getting it published by a big publishing house was, in short, a seemingly backward process. Instead of writing a book and then trying to get your name and book into the public eye, I was advised by all the top editors to start a personal blog (that project eventually becameMomDishesItOut) and then to go straight to television. Many advised me to skip writing a book altogether, but a book was important to me—a stepping stone in my career, something I personally wanted to do, and something I really wanted to accomplish for my mom. So I decided to take the route of working in the media while trying to write the book too. But my time was limited, and after six months of media appearances, I received my first offer to write a book. This was not necessarily my dream book, but then again, I’d never specified which book I wanted to write while I spent all those Sundays spinning away! The book’s subject was, however, close to my heart because it was about diabetes. You see, all the men in my family have diabetes. Each had helped me in my career. Whether it was letting me come along on their appointments with dietitians or introducing me to their doctors, it was meaningful to me. So, this book could, and would, be my tribute to all of them.

In the fall of 2013, what happened on that bike actually became my reality. Rodale published my first book, The Diabetes Comfort Food Diet Cookbook, authored by me and the editors of Prevention Magazine. And then, just one month later, I self-published my second book, Healthy Habits: 8 Essential Nutrition Lessons Every Parent and Educator Needs. I dedicated my first book to my family members with diabetes and, of course, to my mother. My second book is not dedicated to anyone specifically; rather, it’s for every person with great hope that each will one day create a positive relationship with eating and a neutral relationship with food. It’s for my children, my clients, and all the parents out there who receive mixed messages on nutrition. This is the book that focuses on self-care and nutrient density, not weight loss and what you can’t have. It’s sort of like spinning. I spin to take care of myself and set goals rather than to lose weight or punish myself for eating a holiday dinner. 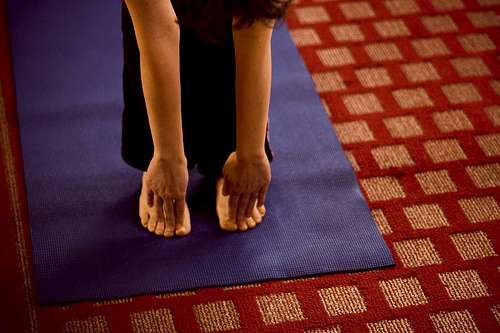 So find your vehicle—whether it’s a spin bike or a yoga mat or even a pew in your own spiritual temple. Set your intentions for 2015. And then let us know what happens! And again, thank you Jaime, Robert and Janet.

The Pros and Cons of Being a Vegetarian Fitness Enthusiast