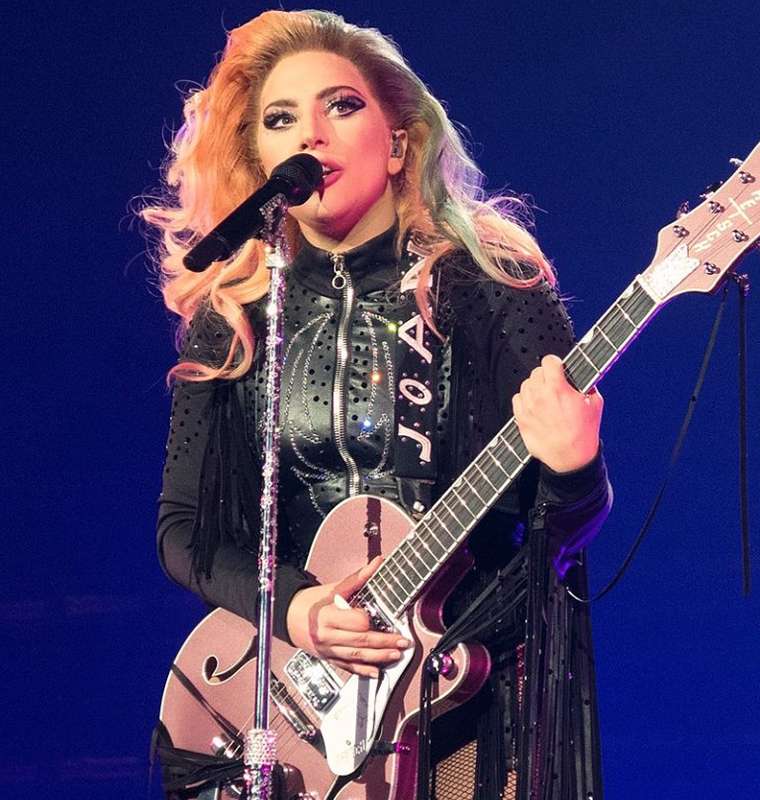 Posted at 21:40h in All Bodies Fit, Blog by Jennifer

Celebrities struggle with body confidence just like you do. They’re human, after all, plus they have the added pressure of being under the constant glare of cameras, which probably doesn’t help. In recent years, though, many have been turning away from the need to present as perfect, and instead are being real with fans about loving yourself in a world that typically only praises “thin” bodies. I’ve compiled a list of some of the most important things celebrities have ever said in the name of body positivity.  We’re so lucky to have folks like these leading the change for a more inclusive and loving world!

“Regardless of what society tells you these days… You don’t have to have a thigh gap to be beautiful. It is possible to love your body the way it is.”  — Demi Lovato

Demi Lovato has been going through a rough time lately, but she’s been through rough times before and come out with flying colors. One of her biggest battles has been against bulimia. The singer has been honest on social media about the fact that she hasn’t always felt 100% confident. She posted this quote on Instagram in 2015, alongside a picture of herself without a thigh gap. It proves that even celebrities have “regular” bodies. It may seem like just another picture on Instagram, but consider this: If all you ever see are pictures of thin models whose thighs never touch, that can have a damaging effect on how you view your own body. Thanks to Demi, women have someone they can look up to who they can see being comfortable – in a body that doesn’t fit the traditional, limiting standards of “beauty.” And that might make it a bit easier for them to love their own.

“This is who I am. I am proud at any size. And I love you and want you to be proud in any form you may take as well.” – Lady Gaga

Well, of course, the singer of Born this Way is going to be a champion of loving yourself no matter what! The current star of A Star is Born posted this quote online in 2012 after she had been attacked for her weight. She told fans that she had had bulimia and anorexia since she was 15 and that weight issues have been a concern for her since she was a child. A year ago, she had been body-shamed, this time following her appearance on the Super Bowl, an experience that should have been only joyful. “No matter who you are or what you do,” she said on Instagram, “I could give you a million reasons why you don’t need to cater to anyone or anything to succeed. Be you, and be relentlessly you. That’s the stuff of champions.” Yes, Lady Gaga!

I heard my body is a topic of conversation so I wanted to say, I'm proud of my body and you should be proud of yours too. No matter who you are or what you do. I could give you a million reasons why you don't need to cater to anyone or anything to succeed. Be you, and be relentlessly you. That's the stuff of champions. thank you so much everyone for supporting me. I love you guys. Xoxo, gaga

Today, Kesha feels positive about her body but it was a rough road to get here. “I almost died,” she told Yahoo, of dealing with bulimia and body dysmorphia. “I came very close, closer than I ever knew. By the time I entered rehab, they were surprised I hadn’t had a stroke, because I wasn’t consuming enough of anything.” She got treatment in time and returned to the music industry in a big way, with a beautiful song called “Praying.” She believes nasty Internet commenters contributed to her eating disorder and today tries to spend less time online as a result. The lesson to learn here. Find a safe space away from people who make you feel bad and recognize when you need to get treatment.

“My limbs work so I’m not going to complain about how my body is shaped.” – Drew Barrymore

Drew Barrymore – acting icon and all-around beautiful soul – has the right message here. It’s all about perspective and gratitude. We spend so much time criticizing our bodies that we forget to praise them and appreciate all they can do for us. How far can your body run? How high can it jump? How does it feel when you hug someone? When you do a pose in yoga? Your body accomplishes so many wonderful, awe-inspiring acts in a day and in a life that it feels downright ungrateful to look at it in a mirror and be upset because it doesn’t look like society tells you it “should”. Thank you, Drew, for this much-needed perspective. Photo by Peabody Awards [CC BY 2.0 (https://creativecommons.org/licenses/by/2.0)], via Wikimedia Commons

“I wanted to instill in my kids self-acceptance and a sense of self-love. I wanted them to know they’re unique and that that’s what makes them beautiful. I wanted them to be confident, and I knew I had to model that.’ – Dascha Polanco

Dascha Polanco portrays Dayanara Diaz, an inmate who has a good heart but tends to get into a lot of trouble on Orange is the New Black. In real life, she’s a heroine for the body-positive movement. She has posed in skimpy bathing suits, showing that every body is a beach body – it’s just about your attitude. As a child, she says, she felt isolated, envious and sad due to her bigger body, but now she takes joy in it, and she talks to herself in a positive manner so she can feel more confident, and also does meditation for her depression.  No longer ashamed of her thighs, in a recent magazine photo, she hugs them and she’s smiling.

“I want to especially thank @EW for not airbrushing me. For real very cool. Thank you. Proud size 6 yo!” – Amy Schumer

When comedian Amy Schumer landed the cover of Entertainment Weekly in 2015, she was not airbrushed, as so many magazines have traditionally done to celebrity cover models, in an attempt to show the public a false version of who they really are. Amy has never bought into that, and she let the public know that this was her real body, even going so far as to state her size. This is not the first time, nor will it be the last, because Schumer’s just that kind of person – honest about her life in a funny way. She has also spoken about how hard it is to find clothes she feels attractive in, she has revealed her weight and says it has no bearing on her dating life whatsoever, and she spoke out on her anger at being labeled plus-size when she looks like the average woman.

“This is my body. Health and the functionality of my body are more important than what it looks like.” – Tracee Ellis Ross

The daughter of Diana Ross and star of ABC’s Black-ish has emerged a strong body-positive idol as well. She told Health.com that it took her awhile to get comfortable with her body, until her 30s, but she’s finally here. She realized her body was built a certain way and that is was ridiculous to fight that. She has stopped trying to look like someone else and has become more confident in herself, her age and her body. She appreciates how body-positive other women in her gym class are. “You see women in their 40s wearing jog bras and their stomachs out proudly, walking in a stance that says, “I love my body,” and that’s exciting to me.”