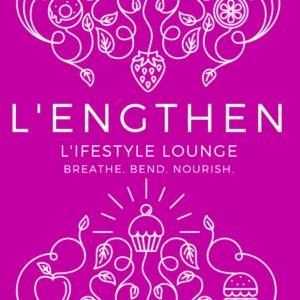 As previously mentioned, at Laura Cipullo Whole Nutrition, we take a holistic healing approach to address your mind, body, and spirit. To continue to nourish your connection with your mind and body, in Part Four of this series you will learn about two additional alternative treatment modalities to enhance your eating disorder treatment via awareness of the mind-body connection through movement. First, the Feldenkrais Method of somatic education: a method that uses gentle movement and directed attention to help people learn new and more effective ways of living the life they want1, by reorganizing connections between the brain and body2. Second, the Alexander Technique, defined as a system of body awareness, designed to promote well-being by ensuring minimum effort in maintaining postures and carrying out movements3.

The Feldenkrais Method of Somatic Education

The Feldenkrais Method was developed by Moshe Feldenkrais in the mid-20th century, as a “method designed to facilitate healing, self-regulation, and the emergence of self by inducing neurological change and reintegrating the central nervous system through sensory input to brain, body and the embodied mind, achieved through movement with attention”4. In short, this method is movement with attention. Feldenkrais notes that “we act according to the image that we create of ourselves”, highlighting that self-image and body image are interchangeable, as are the mind and the body4. According to Feldenkrais, his method only stimulates change and modification of the brain’s synapses with full immersion of concentration on each part of the action itself, on what was felt during the action, on the total body-image, and the effect of the action on the body image4. For individuals with eating disorders, such thorough attention and awareness of the body may feel challenging and dauting for you, as the eating disorder often causes disconnection from an accurate sense of self. Without connection to self, you are facing the challenges of recovery without access to your internal tools of self-regulation, to shift you back into your parasympathetic nervous system from persistent “fight or flight”. Yet, if you could allow yourself permission to lean in to this method, somatic educational input could help you to reconnect to your core self and even develop of new sensation of wholeness that allows you to become more aligned with your intentions and shift behaviors. A study in Germany researched the therapeutic effects of the Feldenkrais method “awareness through movement” in patients with eating disorders by providing 15 eating disordered patients a 9 hour course of the Feldenkrais Method Awareness through Movement, and compared outcomes with the patients of a control group, also consisting of 15 eating disordered patients who did not participate in a Feldenkrais course5. The results demonstrated the therapeutically effectiveness of the Feldenkrais Method with eating-disorder patients within a multimodal treatment program, as the participants of the Feldenkrais-course showed increased contentment with regard to problematic zones of their body, fostered acceptance and familiarity with their own body, more spontaneous, open and self-confident behaviors, which indicates the development of ‘felt’ sense of self, self-confidence and a general process of maturation of the whole personality5.

Using this method is to knowingly reconnect with your unconscious sensorimotor patterns through sensory training. Students pay close attention to the sensation of different movement patterns, facilitating a new connection with the mind and the body in coordination. You can experience the Feldenkrais Method in two ways:

Go to https://feldenkrais.com/location-search/ to find a practitioner in your area!

The Alexander technique similarly focuses on body awareness, and mindfulness. The technique aims at changing the way one thinks and responds actively, rather than passively, by changing inefficient habits and patterns that interfere with our innate ability to move easily7. Food is such a large stimulus for individuals with and without diagnosed eating disorders, often triggering memories and thoughts, but also repetitive behaviors, habits. “We have a lot of habitual behaviors around food that are so ingrained and learned from such an early age that it can be very difficult even to recognize them”7. In individuals with eating disorders, if often goes beyond the accumulated tension surrounding the food, but also a disconnection with the body, an ultimate lack of trust. The Alexander technique is a reeducation of the mind and body, focusing on how does this mechanism in which I live actually work mechanically, by teaching the appropriate amount of effort for a particular activity, creating consciousness, releasing unnecessary tension7,8. Shirley Wade-Linton, an Alexander Technique teacher and Registered Dietitian explains how her ‘table work’ using the Technique can help people with eating disorders8. She highlights that the size of the body is not relevant to the Alexander teacher, and as the individual is gently taken through table work, they become fascinated by the physical change of release and openness, the transition from anxiety and fear to calm, alert, quiet and more observant8. This new connection and fascination with the body indirectly changes the relationship to their own body in a new way that is not based on size and shape.

As evidenced by the emerging interest in research on the effectiveness of alternative treatment modalities in eating disorder recovery treatment, awareness of the mind-body connection through movement is a new opportunity to help you get unstuck, from disembodied to embodied. Both the Feldenkrais Method and The Alexander Technique offer ways in which you could rebuild your relationship with your body, to become more curious, trusting, connected and present on your journey of recovery.

Nutrition for the Soccer Athlete