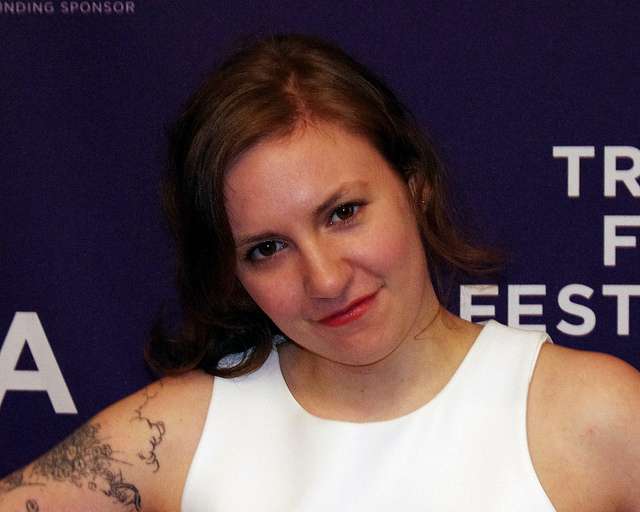 28 Feb Self-Care Sunday: Lena Dunham on the Joys of Running

Posted at 17:30h in Blog, Self-care by Jennifer

We all know running is good for us, but we don’t all share the same enthusiasm for it. How many times have you laced up your sneakers, started to head out the door, and suddenly thought, “You know what? I think I’ll skip it today. Yeah, I think I’d rather just go back on the couch and watch Netflix.”

I can’t see you, but I bet there are a lot of heads slowly shaking “Yes” right now. And even if you love running, I’ll bet there are some days you love it more than others.

Well, the good news is that even unenthusiastic runners (or tennis players, or gym goers, etc.) can eventually feel energized and excited by movement. I recently read a fascinating article about Lena Dunham that illustrates this exact point.

Those of you who know Dunham, through her work on Girls, know she is not exactly the athletic type. She has a normal woman’s body, which she is proud of and frequently shows in nude scenes, and she enjoys eating cupcakes (one of the first scenes in Girls shows her eating a cupcake in a bathtub while talking to a friend). “I would like to be lying sideways on a divan at all times, like being carried,” she told ESPN in this interview.

Dunham trained with Matt Wilpers from New York’s Mile High Running Club and in just two sessions, Dunham’s eyes were opened. “…He explained things to me that I hadn’t understood for my entire life about my body and how exercise works.” Matt encouraged her to “run like somebody who knows how to run,” and not be intimidated by the process. Lena watched her attitude towards running change from being annoyed by it to getting pleasure out of it, and really enjoying those endorphins.

This is what I believe often gets lost in the shuffle when we talk about exercise, and why this interview with Lena is so important: Typically, exercise is discussed only as a way to lose weight, as something you suffer through because you want a certain body. But that is not a healthy way to look at exercise. Exercise is for everybody. Whether you happen to lose weight or not when you exercise is besides the point. A healthy way to approach exercise is to focus on if you like the way you feel when you do it and after you do it. Do you feel your body getting stronger? Are you excited about reaching running goals (to run a half-hour a day, or maybe to train for a marathon)? You want to feel empowered by running or any form of exercise. You don’t want to feel intimidated by the “better” runners or the “naturally” athletic types.

Running made Dunham feel more empowered even when she wasn’t training, even when she was just trying to not be late, running on the street: “To run with this increased confidence and the sense that I could actually use my body to get places, that was a pretty big revelation, considering I’ve already been alive for almost three decades.”

Lena posted a picture of herself running, one that was taken by the paparazzi, on her Instagram. She loved, she said, “that I looked like a person who could run; that was just so thrilling for me.”

Lena does other forms of exercise as well, including aerobics and strength training and says exercise has helped her with anxiety and OCD.

Lena is reclaiming running for all, and emphasizing the numerous benefits it offers, benefits that go so far beyond being able to fit into a certain jean size.

I am not writing this blog post to tell everyone they have to be a runner. What I am encouraging you to do is simply move, whether it’s for an hour or five minutes. And analyze how you feel before, during and after your “workout,” however you define a workout. Has your mood improved? Do you feel like you are capable of walking further than you could yesterday? Are you proud of how much stronger you are? It may be hard to envision yourself as a regular excerciser, but don’t define yourself by what you used to do. Remember, today is a new day, and you can be anything you want to be.