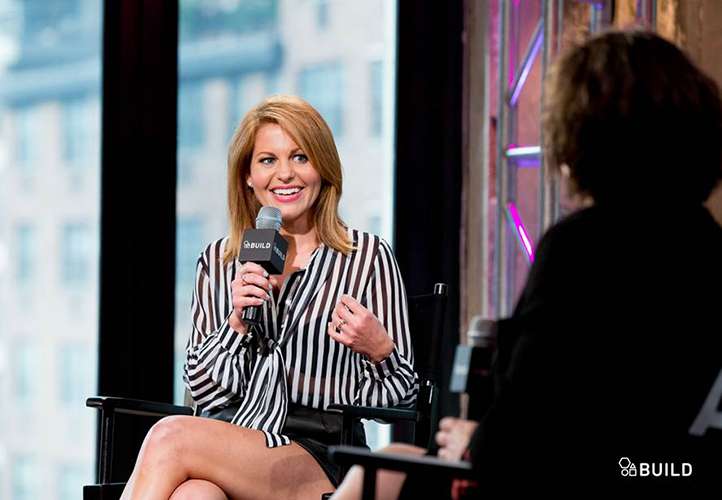 Posted at 20:37h in All Bodies Fit, All Foods Fit, Blog, Workshops, Events, & News by Jennifer

Candace Cameron Bure has been a familiar face on television since her days as a child star on the popular 80s sitcom Full House, still seen today in perpetual reruns. Recently, she was made co-host of The View, where she brings a conservative perspective, and she’s part of the re-booted version of Full House, called Fuller House, now on Netflix.

But one of Cameron Bure’s most important roles is that of eating disorder activist. She wrote about her experience with bulimia after Full House ended, in her 2010 memoir Reshaping It All and in her second memoir Balancing it All, released in 2013.

“It wasn’t about me trying to lose weight,” she told People magazine of her eating disorder. “It was all about emotions.” Cameron Bure was dealing with a new chapter in her life, transforming from popular child star to supportive wife to hubby hockey player Valeri Bure (moving to Montreal so that he could play) when bulimia entered the picture. “I turned to food for comfort and had to find a different source, because clearly it wasn’t a healthy way to deal with things,” she said. Her faith in God, she says, was an important tool in helping her get through.

Today, her relationship with food is a healthy one and she is using her experience to help others. On May 3, she will be joining the Eating Recovery Center for their first Eating Recovery Day. Cameron Bure will be discussing her personal recovery story while celebrating the recoveries of others via social media and a live Facebook event. The goal of the day is to bring awareness to the issue and to let those who have eating disorders, and allies, know that recovery is possible.

It’s a vital issue because eating disorders are such a widespread and dangerous problem, carrying the highest mortality rate of any mental illness, with at least 30 million people affected in the United States alone. And contrary to popular belief, EDs are not illnesses that only affect young Caucasian women.

“Eating disorders can impact anyone – men and women, young and old, and all economic classes and races. Despite the high mortality rate, there is still a stigma and many people avoid seeking treatment and are unaware of how serious and life-altering eating disorders can be,” says Ken Weiner, MD, Founding Partner and Chief Executive Officer of Eating Recovery Center. “To make an impactful change, it is imperative to build awareness and create better understanding that recovery is possible through proper treatment.”‘

Whether you are dealing (or have dealt with) an eating disorder, whether you have a friend or relative who has/had one, or even if you just want to support those with EDs, I strongly encourage you to participate via the hashtags #EatingRecoveryDay and #EatingRecoveryCenter. You can also join the live Facebook event with experts and Candace, who will discuss her recovery at 10:30 a.m. EST. ERC alumni will also be a part of this event.

What’s the difference between Type 1 and Type 2 diabetes?